Master P was born Percy Miller on April 13, 1970, in New Orleans, Louisiana, a city renowned for music, though perhaps not the kind that he would go on to produce. He was raised in the Calliope Projects of the city. He was one of four children, including two brothers, Vyshonne and Corey, who would go on to become successful rap artists under the names Silkk The Shocker and C-Murder.

Master P is an American rap mogul, entrepreneur, and film producer who has a net worth of $200 million. In the late 1990s and early 2000s, Master P was one of the most successful people in hip-hop. To this day he is one of the richest rappers/entrepreneurs in the world.

Early life: Master P was born Percy Miller on April 13, 1970, in New Orleans, Louisiana, a city renowned for music, though perhaps not the kind that he would go on to produce. He was raised in the Calliope Projects of the city. He was one of four children, including two brothers, Vyshonne and Corey, who would go on to become successful rap artists under the names Silkk The Shocker and C-Murder.

The family grew up in the Calliope Projects, some of the most notoriously violent in the city. After the divorce of his parents, he spent time in both New Orleans with his father’s family and Richmond, California where his mother’s family lived.

He was an avid basketball player when he attended Booker T. Washington High School and Warren Easton High School and he won a scholarship to the University of Houston. However, this was short-lived, and he transferred to Merrit Junior College in Oakland, California his freshman year to study business.

Career: Master P has so many careers it would be difficult to narrow it down to two or three. His net worth has been accumulated through many different revenue channels, including his work as a rapper, an entrepreneur, and sometimes an actor.

While still living in Oakland, he inherited $10,000 after the death of his grandfather. With the money, he started a record store which he called No Limit Records. After getting to know the tastes of his customers, in 1990 he decided to expand the store into a record label. His first-ever release was the 1990 cassette-only EP “Mind of a Psychopath.” This was released under the name The Real Untouchables (often shortened to simply TRU), a supergroup featuring two of his brothers. That same year, Master P’s other brother, Kevin, was killed in New Orleans.

Master P has regularly released and produced music since his 1991 debut album entitled Get Away Clean. The release of a few more solo albums and TRU collaborations saw his profile rise in the underground gangsta rap scene. In 1995, he decided to move the label back to New Orleans, where he continued to build his empire. He has since released a variety of albums to varying degrees of success.

Some of the more popular albums released in this era include Mr. Ice Cream Man and Ghetto D, the album which contains his best-known single “Make ‘Em Say Uhh!”. Ghetto D sold over 260,000 copies in its first week and would later become triple platinum. 1998 saw the release of the hit album, MP Da Last Don. The record sold even faster than Ghetto D, debuting at number one on the Billboard charts and moving over 400,000 units in its first week. Master P even released a film to accompany the album that same year. In 2001, Master P released his tenth studio album, Game Face. He released his eleventh album in 2004. In 2005, Master P and his son Lil Romeo formed independent label Guttar Music and released an album dedicated to the victims of Hurricane Katrina. In 2007, the two released a collaborative album that sold 32,000 copies worldwide. Master P went on to collaborate, record, and tour, releasing mixtapes every year. His sixth collaborative mixtape effort, We All We Got, with his group No Limit Boys was released in January 2017. 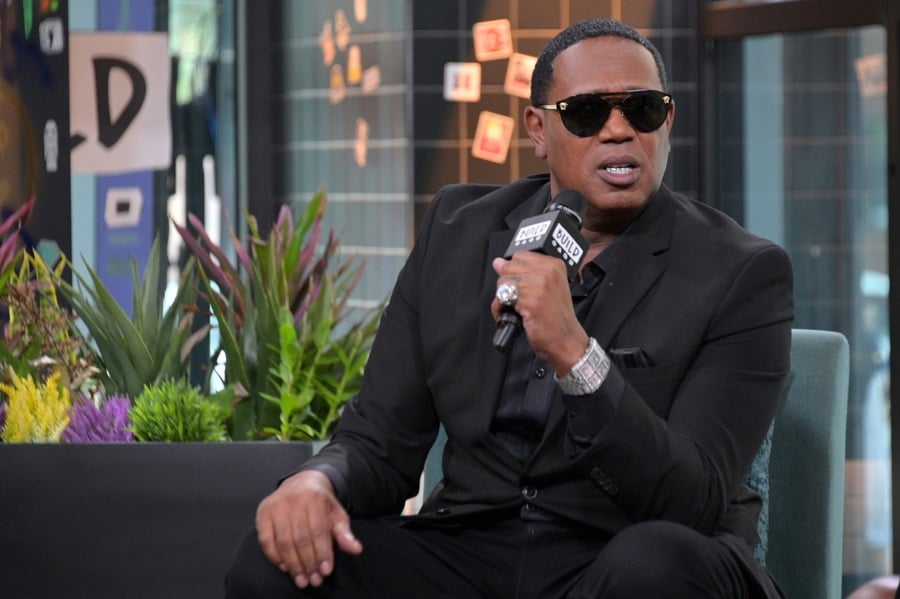 Other pursuits: In the late ’90s, Master P built a well-diversified business empire that included several rap labels, a clothing line, a management company, a high-end travel agency, a film production company, a video game company, and even a phone sex line.

Even with his eclectic business pursuits, his most notable and likely most successful endeavor continues to be No Limit Records, a pioneering label that brought the Southern Rap sound to the mainstream, selling over 80 million records worldwide. In 1998 alone, Master P’s business empire generated more than $160 million. In 2007, Master P released his first book, “Guaranteed Success.”

Master P has also had a large measure of success as an investor, including as the founder and CEO of No Limit Entertainment. No Limit is one of the most successful independent record labels of all time.

In addition to his rap albums, Master P has had a little bit of success as an actor. Since 1997, he has acted in several feature and straight-to-DVD-release films. In 1999, he even had a small run with World Championship Wrestling. He was a contestant on Dancing with the Stars, partnered with Ashly DelGrosso. He scored the lowest score in the show’s history and was eliminated on Week 4.

He remains most well known in the acting world for his work on the Nickelodeon children’s sitcom “Romeo!” which he starred in as the titular character’s father. This was especially fitting considering that Romeo was played by P’s real-life son, rapper Lil Romeo. It was announced in 2015 that Master P and his family would star in their own reality show, Master P’s Family Empire. The show ran on Reelz for one season, spanning ten episodes.

Accolades: Master P won Favorite Rap/Hip Hop Artist at the American Music Awards in 1999. He was ranked number 36 on VH1’s list of 50 Greatest Hip Hop Artists in 2005. Master P’s single “Make Em Say Uhh!” was ranked at No. 94 on VH1’s 100 Greatest Hip Hop Songs. He has been listed at number 28 on BET’s list of The Most Influential Rappers of All Time. In addition, BET listed him as one of the 25 Most Influential Black Music Executives. In July 2013, Master P became the first hip hop artist to be inducted into the Louisiana Music Hall of Fame.

Personal life: Master P married Sonya Miller in 1989. They have seven children together. When Miller filed for divorce in 2014, she claimed that the rapper owns 31 properties around the country, 13 cars, and 45 lucrative companies. She further claimed that No Limit Records was worth $136 million per the company’s own audit and that Master P himself was worth $350 million at the peak of his empire. She was seeking 40% of his assets. The divorce was eventually settled on undisclosed terms in 2014.

Master P devotes time to underserved communities through his work with his own organizations, the P Miller Youth Centers and the P Miller Food Foundation for the Homeless. He was presented with the key to the city in Memphis, Tennessee in July 2005. In 2007, Master P got actively involved in the political scene, publically encouraging voter participation. Master P was an early supporter for the candidacy of Illinois senator Barack Obama, as well as eventually supportive of his campaign for the presidency. In April 2010, Master P  and his son Lil’ Romeo were given the Certificate of Special Recognition from Congress member Maxine Waters. In late 2010, the father and son duo hosted an anti-obesity event with Michelle Obama.

Who is Al Gore a Former USA Presidential candidate in 2000 US election who lost to George W. Bush?