Early Life and College Career: Grant Henry Hill was born on October 5, 1972, in Dallas, Texas. His parents are Janet Hill and the former NFL football player Calvin Hill. He grew up in Texas, but moved with his family to Reston, Virginia, during high school, which is in the Washington, DC area. He attended South Lakes High School, where he played basketball, and was named Virginia Mr. Basketball in 1990.

According to his mother, she wanted Hill to go to Georgetown University, and his father wanted him to attend the University of North Carolina. However, ultimately Hill chose to attend Duke University. During his time in college, he played basketball with the Blue Devils for four years, and helped the team win national titles in 1991 and 1992. This achievement actually made Duke the first Division I basketball program to win consecutive titles since Indiana University did it in 1976. During his collegiate career, Hill set a record by becoming the first player in ACC history to collect more than 1,900 points, 700 rebounds, 400 assists, 200 steals, and 100 blocked shots. Subsequently, largely due to his highly successful college career, Hill was the eighth player in Duke history to get his jersey number retired. He is recognized as one of the best basketball players of all time in Duke history, and some even tout him as one of the greatest college players of his generation. He graduated from Duke in 1994 as a double major in history and political science.

Professional Career: After finishing college, Hill was selected third overall and drafted by the Detroit Pistons in the NBA draft. He performed well during his first professional season, averaging 19.9 points, 6.4 rebounds, 5.0 assists, and 1.77 steals per game. As a result, he became the first Piston to win the NBA Rookie of the Year Award since Dave Bing won it in the 1966-67 season, although he had to share the award with Jason Kidd from the Dallas Mavericks. Hill was so popular that he actually was the first rookie to lead an NBA All-Star fan balloting, when he received 1,289,585 votes for the 1994-1995 All-Star Game (he beat out Shaquille O’Neal). In total, Hill stayed with the Pistons for six seasons, leaving the team in 2000. During his time with the Pistons, he was also a member of the U.S. men’s basketball team that won gold at the 1996 Summer Olympics in Atlanta.

Hill left the Pistons under a sign-and-trade deal, so he could get a slightly more lucrative contract with the Orlando Magic than he could get if he was a free agent, and the Pistons could still receive some compensation for losing him. Thus, the Pistons signed Hill to a $92.8 million, seven-year contract, and then traded him to Orlando in exchange for the players Chucky Atkins and Ben Wallace. However, during his first season with Orlando, Hill suffered from an ankle injury that forced him to sit out of all but four games that season. Most of his time with Orlando, until he left the team in 2007, were plagued by various injuries. He then signed with the Phoenix Suns in 2007, and was able to play in more games despite minor injuries. Once his contract with the Suns expired in 2012, he signed with the Los Angeles Clippers, but stayed with them for only one season before announcing his official retirement on June 1, 2013. 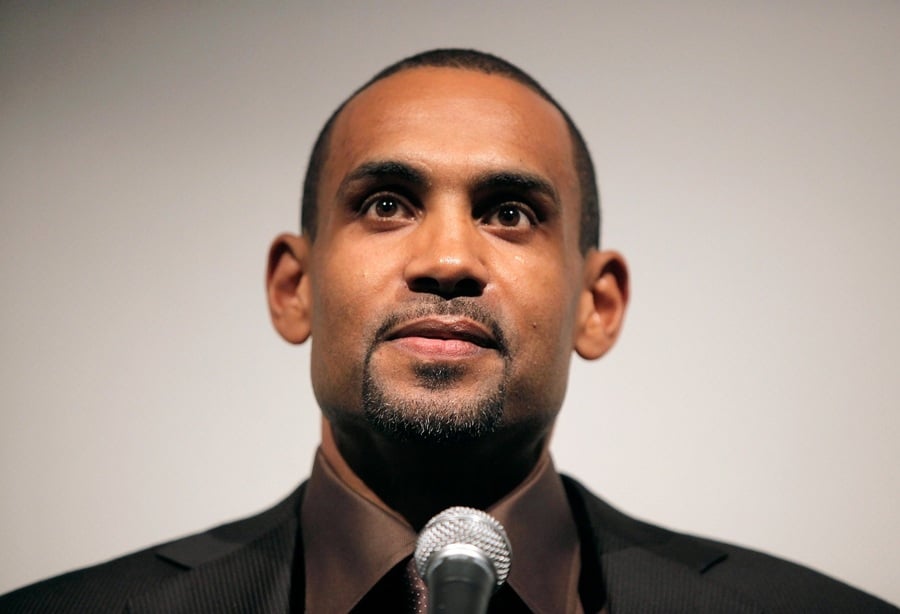 Post-NBA: After officially retiring from professional basketball following the 2013 season, Hill has moved into the realm of sports broadcasting. He has hosted “NBA Inside Stuff” on NBA TV, worked as a sportscaster for CBS, and was a member of the lead announcing team for the joint coverage by CBS and Turner Sports of the NCAA Men’s Basketball Tournament in 2015.

Endorsements and Other Business Ventures: In 1997, Grant signed a seven-year $80 million deal with Fila, which was the largest shoe contract in history up to that point. In 2018, he signed a lifetime deal with Fila that will continue to pay him north of $10 million per year to endorse the company. Another prominent advertising campaign Hill starred in during the 1990s was Sprite’s “Grant Hill Drinks Sprite” campaign. He has also served as a spokesperson for brands like McDonald’s, TAG Heuer, Adidas, and Nike, and has appeared with his wife Tamia in AT&T advertisements.

Hill was a part of an ownership group led by Tony Ressler who purchased the Atlanta Hawks for an estimated $850 million in 2015.

Personal Life: Anita Baker introduced Hill to Canadian singer Tamia Marilyn Washington, known as Tamia, in Detroit, Michigan. The couple married on July 24, 1999, and have two daughters together. The family live in Windermere, Florida. He has an extensive collection of African-American art, a selection of which was featured in a touring exhibition from 2003 to 2006.

Hill has been involved in various charitable activities. He has contributed funds to the day care center in New Haven, Connecticut, that his father founded after graduating from Yale University with the intention of serving local families. He also served as Vice-Chairman for the Board of Directors of the Special Olympic World Summer Games in 1999, in North Carolina. In 2003, following a life-threatening incident in which he contract a methicillin-resistant infection caused by Staphylococcus aureus (MRSA), Hill has been a vocal advocate for MRSA awareness and prevention, even appearing in public service announcements for the non-profit organization Stop MRSA Now.